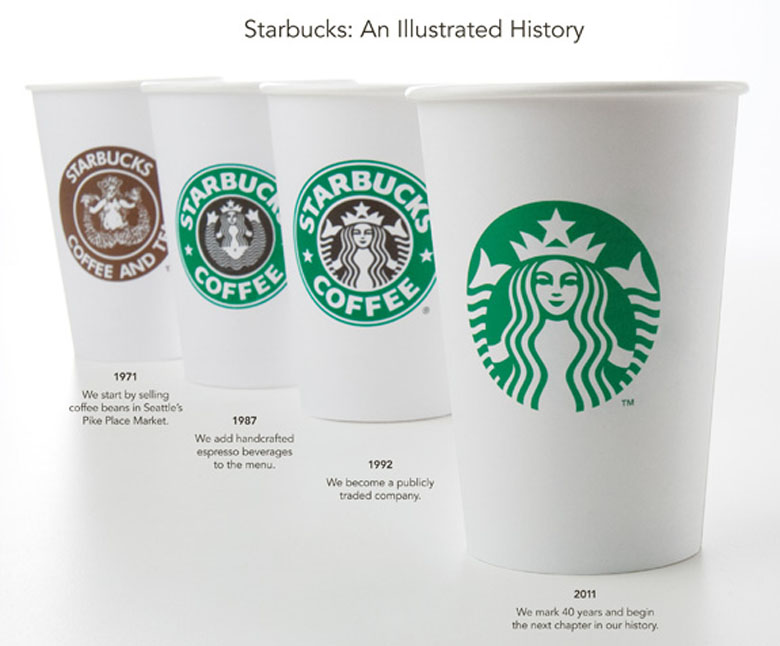 You’d think in the aftermath of The Gap logo revision debacle that most major brands would reconsider tinkering with their brand identities. Enter Starbucks. Yesterday they unveiled a new version of their logo. Unlike The Gap, this new design is more evolution than revolution. All they’ve really done is removed the brand name and rings from around the siren symbol and change her colour from black to their iconic green. I know the graphic has been nuanced but that’s the essence of the change.

But many people hate change or see no need for it. Social media channels exploded with commentary within minutes of the public release. I got the impression that many were hoping for Gap II – another big brand taken down. For others, it was simply a case of “If it ain’t broke, why fix it?”

I’ll tell you why. Smart brands don’t wait for something to be broken before improving them. This was a smart move. For one thing, the timing isn’t random. It coincides with the company’s 40th anniversary. Starbucks is a modern company. It’s high on the hipster list. Encircling your symbol with the company name is a dated approach. Good riddance! The big question? Is the Starbucks siren symbol familiar enough to be recognizable as the company logo without the brand name? Hell yes! At least to any of their legions of loyal customers. White cup, green logo, you’ll know it’s Starbucks from a block away.

There may be another strategic reason for this update. Starbucks remarked that the change allows them to “think beyond coffee”. Does this mean they plan to drop the word coffee from their brand name? Time will tell. The rollout of new packaging and signage will be interesting to say the least.