Mastercard has removed its name from their logo. They likely planned to do so as part of a branding update in 2016 when they simplified their intersecting circles design and moved the name from inside the logo to below it. Now their famous circles stand alone as the company’s brand identity.

Name dropping isn’t a unique move among well known international brands. Nike and Starbucks have previously done the same. I wrote about the strategic reasons for the Starbucks logo update when they dropped Starbucks Coffee from their logo and focused on their famous siren. A symbol without words can transcend language and culture in global markets. 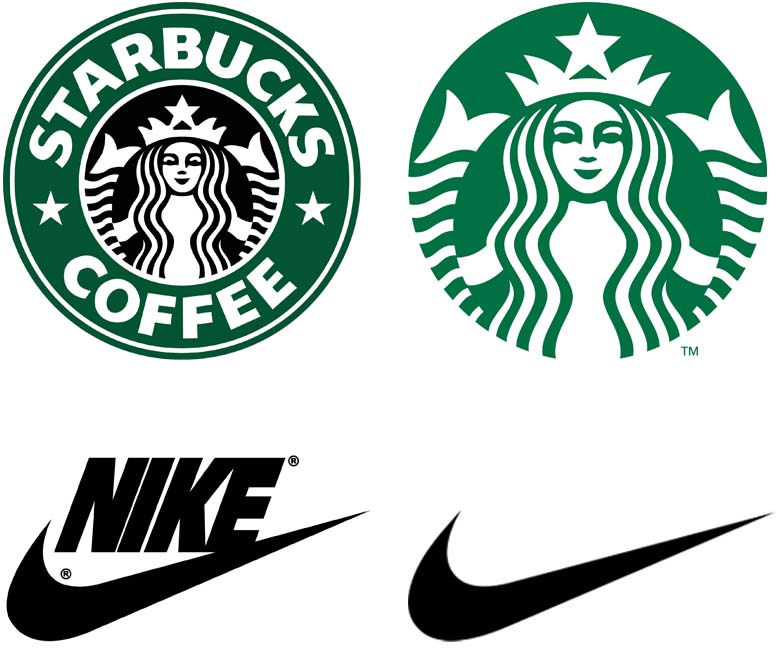 Mastercard did their research. Globally, over 80% of consumers recognize their logo from the circles alone. Certainly their card carrying customers would. Seeing the logo alone with a quick glance at a web page or shop window would quickly assure them that Mastercard would be accepted for their payment.

This level of logo recognition takes years of consistent brand identity strategy. The intersecting red and gold circles have changed very little since 1968 when the company was known as Master Charge. The name was changed to MasterCard in 1979. They have chosen evolution over revolution in their progressive updates since.

Logo recognition is a sign of connection with your brand’s community. You don’t have to be a large international company to achieve similar success with your own identity. With consistent usage in communication your logo will become known to those most exposed to your organization. The means of exposure can be as simple as your stationery, signage, vehicles, email signature or social media icon. Think about how quickly you recognize identities from those tiny squares on your phone.

The two constants of logos that promote visual retention are simplicity and consistent presentation. Simplicity allows faster recognition of a symbol. How long would it take you to identify Nike’s swoosh or the Apple logo? Equally important is consistency in the way a logo is used. Most organizations that have invested in professional identity design have brand standards that dictate positioning, fonts and colours.

Unlike Mastercard, your logo alone may not identify your organization outside the scope of those you communicate with. However, with proper implementation it will quickly identify your message and assets to those who exposed to them.

When Brands Grow Up